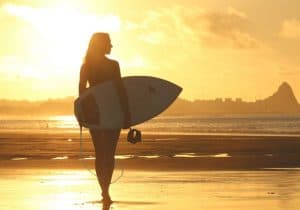 How about a close look at a World Surf Championship? It’s a refreshing experience and more comfortable than you think. Did you know that every year the World Championship Tour (WCT) organizes stages of the World surf in different cities, such as Hawaii, Australia, the United States, and even Brazil? So stay here with us, because you’ll find out everything you need about World Surfing Championships, and cheer up for one day to join one of those.

Surf championships around the world

The surf world champions in 2014 and 2015 were two Brazilians who, for the first time, brought this title to the country. The countries famous for always taking the gold medal in the World Surf Championships are Australia and the United States. But in recent years, Brazil has been a reference in surfing as well.

One of the Champion countries in titles in Australia and the achievement of several qualifying steps for the WCT ranking is done there. If you know a new beach in Australia every day, you will need to do this for 29 years to visit all of them. The country has about 10,685, and the World Surf Championships in 2016 were Gold Coast, Bells Beach, and Margaret River. Surf fans could follow the WCT live in several cities across the country and root for their favorite.

Our world champion Gabriel Medina has already chosen Snapper Rocks, which is on the Gold Coast, as one of the best surf beaches on the planet. According to him, the human intervention that exists in the structure of the beach dramatically favors the size and frequency of the waves. An artificial sand stand has been created. The wave encapsulates in front of the stones sucking the water under and thus forming a hollow tube. Australia has more surf Championships titles around the world than any other country (20 in total). Surfing there is as famous as our “naked” with friends on the weekends here.

The United States, on the other hand, only has the most celebrated medalist of all time, Kelly Slater. He has 11 wins and puts the US in second place in the number of titles. There the championship passed through Trestles for ten days in September. Many surfers love this beach very much because of suffering peaks located in San Onofre, California.

The World Surf League, for competition purposes, considers Hawaii as an independent site of the United States and has its own WCT ranking. The pipeline, Hawaii, was the venue for one of the 2016 WCT stages. Hawaii is now in third place with six titles. The pipeline is well known as one of the Mechs for surfing. Waves of up to 30 meters are ideal for those brave who enjoy the most aggressive and intense sea and who are significant challenges for great surfers.

Every year the stages of the World Surfing Championships are also held in Brazil, usually from the state of Rio de Janeiro. But it was only in 2014 that we had the taste of the gold medal with the deserved victory of Gabriel Medina. The following year it was Adriano de Souza’s turn to fill us with pride. Brazil ranked fourth in the best surfing championships in the world, with two titles. You have just checked countries that are medalists in the World Surf World and that are Headquarters for the taking of the races.