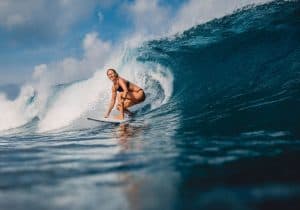 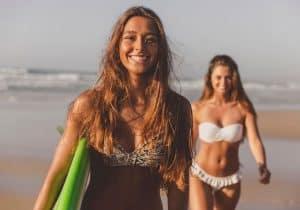 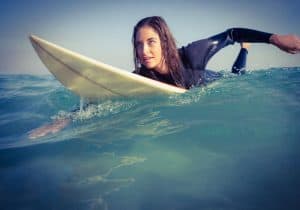 The birth of surfing lies in the Pacific. James Cook, a British sailor, was the first person to see a surfer in the Sandwich Islands. Killed by the natives of Hawaii shortly after this discovery, Cook gave way to lieutenant James King, who was the first to record in the logbook the practice of surfing as he had observed it at Kealakekua Bay on the Great Island of Hawaii. But the story of surfing really begins in Hawaii as the archipelago is the first to publicize the sport. In the 15th century, therefore, surfing was a common practice among Hawaiian island populations. It enabled the leaders of the tribes who defied the sea and its elements on long wooden boards to prove their power and superiority. The Polynesians, on the other hand, measured each other during duels, at the end of which the best man saw his rank improve within his community. The practice was banned during the colonizations by the Americans who saw it as an act of evil because the Hawaiians practiced it almost naked. It was Duke Kahanamoku who revived the sport in 1900. The Olympic swimming champion did demonstrations in California and Australia to give a new impulse to surfing. After discovering the beauty of surfing, adventure writer Jack London will publish many articles about the sport, which is still unknown to the general public. Surfing gradually spread to Australia and the United States. We will devote ourselves to his passion despite wars and conflicts: the spirit of surfing is born.

The evolution of boards

At the beginning of surfing, boards were wooden or bark and usually with weight, not more than 50 kilos. In the 1930s that lighter surfboards appeared, allowing the democratization of surfing to become more wanted and accessible. After the war, the fins are finally installed on the boards and will allow a better sliding. In the 1950s, the benefit of new materials allowed surfing to explode among the general public: new lighter and more maneuverable boards supported to make the sport accessible. Over the past 30 years, Technologies have evolved, and councils have become stronger, lighter, and which is the most important, they became more affordable.

A sport that has become more democratic

Today surfing is a sport in its own right, notably known thanks to its world competitions and popularized by significant figures such as Kelly Slater for example. Despite this globalization and this high media coverage, surfing has managed to keep the spirit of the pioneers of surfing, that is to say, to be close to nature. Today, surfing remains an actual state of mind for all the riders who practice this sport and who form communities of surfers on all the spots around the world.

Surfing, which at its origin was considered an activity for people of high rank, has become over time a sport that has become democratized and that has evolved with its time. The spirit of surfing is now firmly rooted in the minds of those who practice it and who try to rely on specific rules such as respect for nature.